Chaîne Denmark started its new season with a Dinner Amical at the award-winning Bandholm Hotel (TripAdvisor – Best Hotel in Denmark for 3 years in a row). Bandholm is located 1,5 hours south of Copenhagen, in a very small town with some very charming old houses, with the hotel from 1886 located at the harbor with the most splendid ocean view. The hotel has marked itself as a luxury hotel. It has a fantastic spa, and not to forget, a fantastic restaurant. The restaurant is well known for its gourmet kitchen under the Head Chef, Naomi Fouché, who has been at the hotel since 2010.

We arrived at the hotel and were greeted with a glass of champagne by the Hotel Manager, Joseph Kristiansen and his staff. We were given good time to mingle and chat before the dinner started (with a couple of refills under way).

The amuse bouche was 2 small servings: an oyster with basil caviar, served on ice – and a lamb croquet served hot. Between the main dish and the dessert, a small apple/ginger granite was served to cleanse the taste buds. The menu was introduced by Naomi Fouché, and the wine was selected and presented by Joseph Kristiansen who also is the Hotel Sommelier.

At the traditional lineup of the staff after the dinner, Bailli Délégué Jørgen Krenk and Echanson de Danemark and Sommelier Jens Steffen Hansen gave their appreciation. Jørgen was very impressed, especially with the monkfish cheeks with the beurre noisette, and the dessert where Naomi had played with fruits and vegetables, which showed excellent craftmanship. Jens was also very pleased with the wine selection which was paired with excellence to the food. Jørgen had also only words of praise for the service brigade, so with pleasure Jørgen awarded the staff the Danish Chaîne service staff pins for their first-class service.

After the coffee we went to the lounge of the hotel bar, which has a very excellent selection of gin, Armagnac, cognac, rum and whisky. 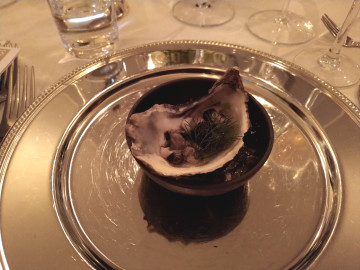 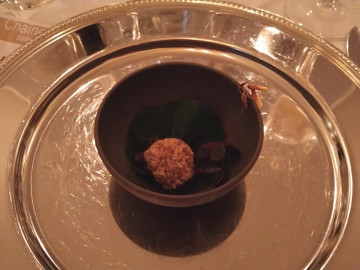 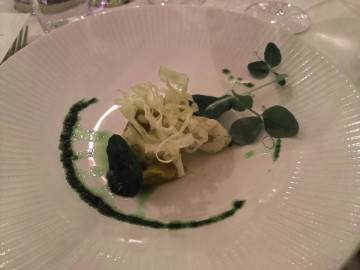 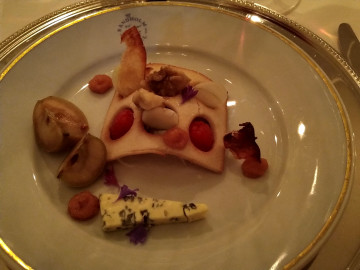 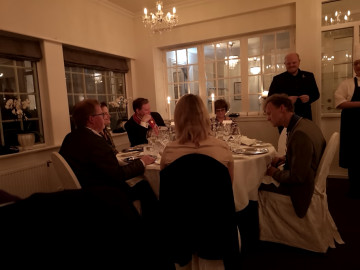