This year our Chaîne des Rôtisseurs summer event started with a boat ride on the canals in Frederiksberg Garden. Our party toured around the canals in two large rowing boats, which meant we could really enjoy the silence and the rich wildlife in a park located in the middle of a big city. The park was founded by King Frederik 4th. During the ride a glass champagne was served, courtesy of our sponsor H.W. Larsen.

One hundred meters from the boat service are some buildings on the outskirts of the park, where the king’s servants used to live. In the 1850s, the king gave some of his servants the privilege to serve coffee to the public. Three of these places later evolved into restaurants, and the oldest one is now known as “Hansens old family garden” which was the venue for our lunch.

In the old days people could bring their picnic basket – but now they have a very traditional Danish menu card, even though you can get a plate of oysters as well. We were going for the “top” serving of the traditional Danish open sandwiches : “The big sandwich buffet” (in Danish “Det store kolde bord”).

2 kinds of herring with all of the traditional toppings

Fillet of pork with soft onions

Selection of cheeses with grapes

Included in the lunch was beer and snaps.

Our sponsor, H.W.Larsen had a present to each participant, a very nice set of steak knives from their knife series SenJen.

At the end of the lunch our Bailli Délégué Jørgen Krenk could conclude that the traditional Danish lunch is still going strong, and it is as always very joyful to have lunch at the old family garden. 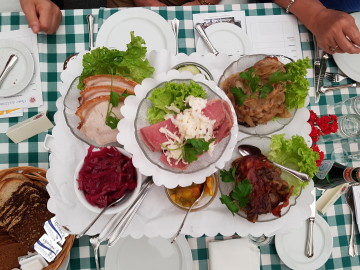 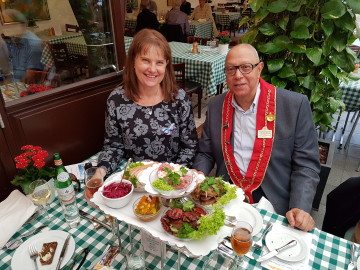 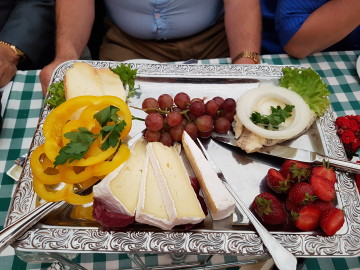 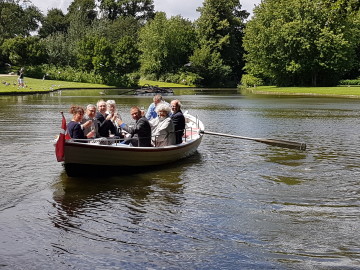 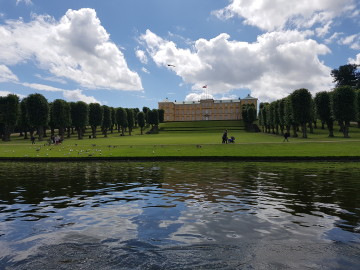 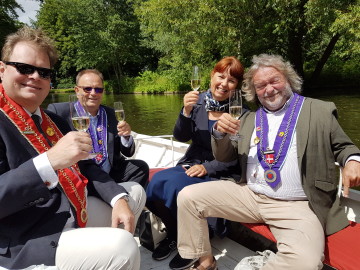 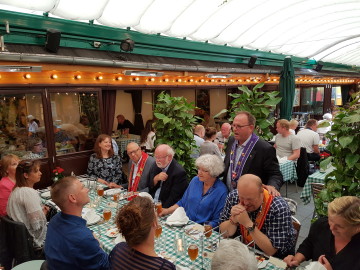 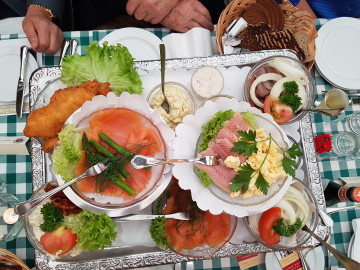