La Chaîne once again visited Søllerød Kro (Sollerod Inn). Last year there wasn’t room for all who wanted to participate, and it was same situation now; the event was booked to capacity almost 2 months in advance. Amongst participants were three foreign Ambassadors to Denmark, along with several international visitors.

The Inn dates back to 1677 when the local priest got permission to open an Inn for the locals and people travelling by. The Inn has a Michelin star since 1987, and several Danish food critics were certain that this year it would have been awarded its 2. Michelin Star.

Søllerød Kro is led by Restaurant Manager and Sommelier Jan Restorff who has been at the Inn since 1999. He is a known name within gastronomy, he has received numerous professional awards and is a key reason for the success of the Inn. The Chef de Cuisine is Maître Rôtisseur Brian Mark Hansen. Brian’s gourmet education came at Ruth’s Hotel and later at Kong Hans Kælder (also a Michelin star Restaurant) before he became sous chef at Søllerød Kro in 2007 and eventually head chef in 2013. Brian is 36 years old and has participated in several competitions with top results. The Inn was recently voted Restaurant of the Year in the Danish Dining Guide.

On the evening, the menu was together presented by Jan and Brian:

After the dinner, the assembled brigades were given appreciation by  Chancelier, Grand Officier Maître Rotisseur Thorbjørn S. Moy and Maître Sommelier David Adelhardt. The two were very satisfied with the experience. Thorbjørn pinpointed the excellent coordination between kitchen and service -  although we were a large party, dishes were served very hot. Also, the pairing of wines for the menu had been excellent. The craftmanship of the chefs was spectacular, with several examples given - the scallop quenelle, the finely cooked cod, and the braised veal served with the fantastic siphon foam.

After dinner, coffee was served in the adjoining saloon together with excellent petit fours. Before heading home, we received a small gift from sponsor Ken Storkøkken. 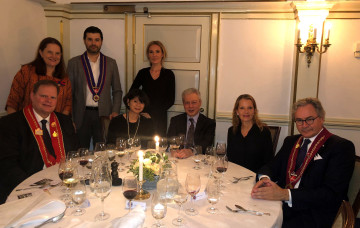 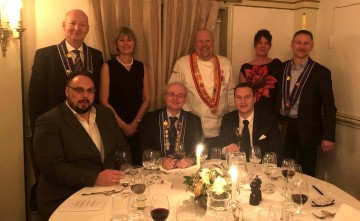 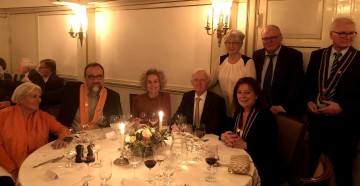 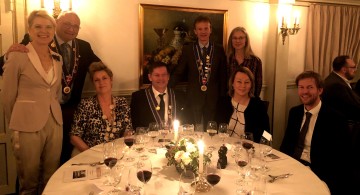 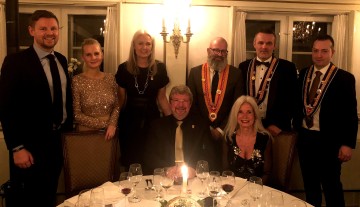 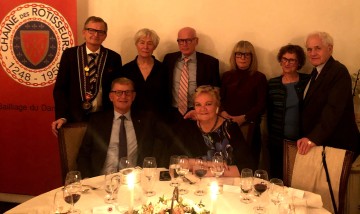 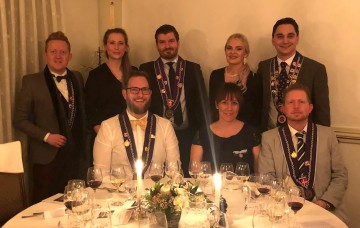 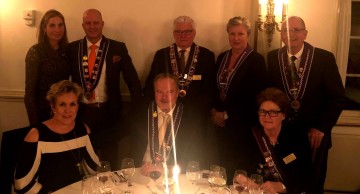 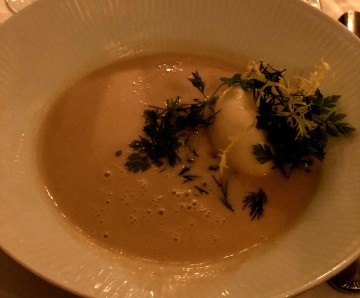 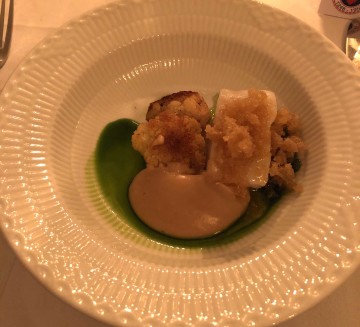 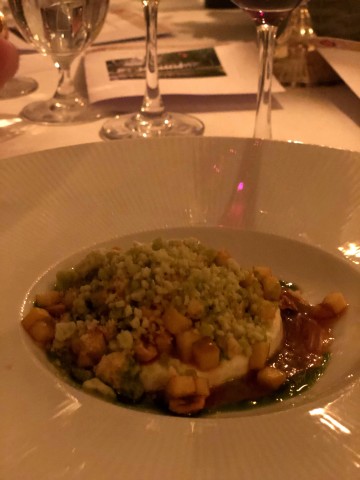 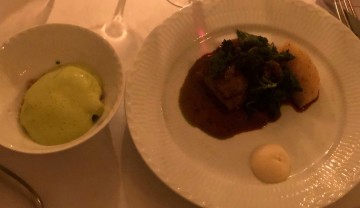 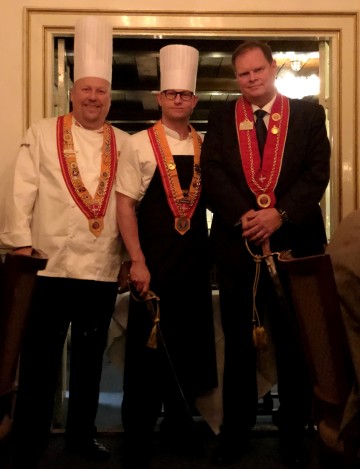